The Vasant or Chaitra Navratri 2014 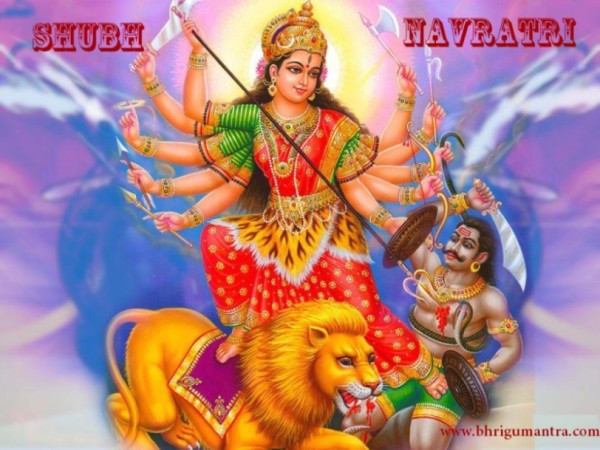 The Vasant or Chaitra Navratri 2014

Vasant Navratri is observed in the Hindu month of Chaitra (March – April). It is believed that Goddess Durga was originally worshipped (Durga Puja) in the Chaitra month and was also referred as Basanti Puja. It was Lord Ram who changed the period of Durga Puja. Navratri is a festival of worship and devotion. The word Navaratri literally means nine nights in Sanskrit; Nava – Nine and Ratri – nights. As this Navratra ends on Ram Navami day, it also referred as Rama Navratri.
Vasant Navratri, also known as Vasant Navratras, begins on March 31, 2014. This festival of nine nights in Hinduism is dedicated to Goddess Durga, Lakshmi and Saraswati. It is also known as Chaitra Navratras or Spring Navratri or Basant Navratri. As this Navratra coincides with Ram Navami, it also referred as Ram Navratri.

The Vasant or Spring Navratri is widely observed in Himachal Pradesh, Uttarakhand (Uttaranchal), Haryana, Punjab and Jammu and Kashmir. Most Hindu devotees in this part of India undertake Navratri Vrat or fasting. The festival occurs during the beginning of summer season. And it is said that the fasting helps in adapting the body to the changing climate.