The Significance of Lohri – Festival of Bone Fire 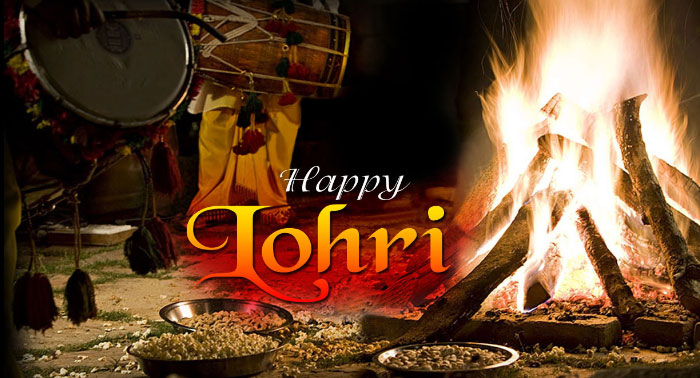 The Significance of Lohri – Festival of Bone Fire

Lohri is an auspicious occasion that is celebrated as the harvest festival. The festival of Lohri is mainly celebrated in North Indian states like Punjab, Haryana, Himachal Pradesh and Jammu. The festival is mainly seen as an occasion marking the end of the winters and beginning of a new harvest season by Punjabi’s. The festival celebrates fertility and new spark of life. Lohri is celebrated after the harvesting of the Rabi (winter) crops and give in to relaxing and enjoying the traditional folk songs and dances. Lohri is celebrated by the Hindus and Sikhs alike. For Punjabis it is more than just a festival it is a way of life. The celebrations and gatherings make it a community festival. Lohri involves a Puja Parikrama around the bonfire and distribution of Prasad. This symbolizes a prayer to Agni, the spark of life, for abundant crops and prosperity. The first Lohri of a new born child and a newlywed bride is considered very auspicious.

There are various interesting folk stories and legends associated with this festival. The very famous story from history is that during the reign of Akbar there was a Raja of Pindi Bhattian, Dulla Bhatti. Dulla Bhatti was known, respected and loved by tribal people as he used to rob the rich and help poor. Dulla Bhatti once rescued a girl from the kidnappers and then adopted her as his daughter. Bhatti was sentenced to death by the Mughal king Akbar for revolting against him later. Since then this hero is remembered each year on Lohri and the traditional song is sung as a tribute to this hero. On this occasion, children in groups move from door to door and sing the Dulla Bhatti song.

Celebration
Lohri is celebrated on the 13th day of January in the month of Paush or Magh, a day before Makar Sankranti. An extremely auspicious day, Lohri marks the sun’s entry in to the ‘Makar Rashi’ (northern hemisphere). The period, beginning from 14 January lasting till 14 July, is known as Uttarayan. It is also the last day of the month of Maargazhi, the ninth month of the lunar calendar.

Lohri is an occasion to engage in revelry and make merry. The festival is all about being with closed ones and thanking god for all the prosperity bestowed. Bonfires are lit on the occasion and all family members and invited guests take their turns to move around the Lohri bonfire and throw puffed rice and popcorns into the fire along with other sweets. This is followed by Punjabi Gidda and Bhangra (popular dance forms) to the beats of the Dhol (musical instrument).

A puja is also held with a prayer to Agni, involving parikrama around the fire for abundant crops and prosperity. Another ritual associated with the festival sees young lads and girls going from home to home and asking for Lohri, which is some form of donation either in cash or sweets. Focus of Lohri is on the traditional bonfire. Makki ki roti and sarson ka saag composes the dinner.

Then the Prasad is distributed which comprises of six things: Til (Sesame), Gazak (dry sweet dish), Gur (jaggery), Moongphali (peanut), Phuliya and popcorn. Traditional singing and dancing accompanied with sumptuous feast and bonfire sets up the mood for nonstop celebrations for Lohri festival. This festival is believed to burn all the moments of sadness and brings in warmth of happiness and love.

Bhrigumantra team wish you a very Happy Lohri. Enjoy this eve to the fullest. May this festival bring Joy and Happiness to you and your family.