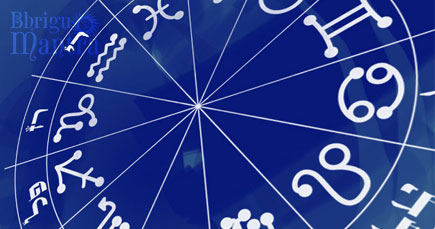 In Indian Vedic Astrology, annual horoscope (varshphal) is constructed for a year when the Sun returns to same sign and degree as that of its natal position in that year. This annual horoscope is then interpreted to forecast the expected happenings & changes.

What is important is that, in case of bad events / happenings, you are cautioned before-handed. You can take suitable steps to prepare yourself and then avoid them as much as it is possible. This is what you get in your Free Varshphal Report that will contain predictions for the whole year as well as astrological calculation for the year.

The Varshphal or the Annual Horoscopy as it may be called, is one of the scores of techniques of Vedic Astrology employed to understand the occurrence of future events. The Varshphal is more popular in northern India, though it is used everywhere. The annual horoscopy differs from rest in the fact that that it picks up one particular year of a native’s life and examine it in more minute details. Going in to more minutest details, each month of a particular year, and further, each day or half a day during a month, may be subjected to astrological scrutiny for the clearest view of the events, and their closest timing possible. Annual horoscopy is widely implemented in Career planning, travel planning, work planning and job planning and various other important aspects of life.

The usual horoscope is cast for the time of birth of a native. The Varshphal, however is solar based. In other words, it is the position of the sun that is of significance here.

The solar year for a native begins every time the Sun returns to the same longitude as it had at the time of the native’s birth. Between this time and the next solar return is covered by one annual chart or the Varsha-Kundlani. The time of solar return is technically called Varshapravesha, which literally means of ‘entry of the year’.

The varshphal or the annual horoscope is a branch of astrology which has been mainly in vogue in the northern India.

The longitude of the Sun at the birth forms the basis of annual chart. The annual chart for any given year of the native’s life is the horoscope cast for the moment when the sun attains, during that year, the same longitudes are done on the sidereal or Niryana basis. The use of Chitrapaksha ayanmsha(as employed in the Lahiris’ Indian Ephemeris) has also given good results.

In annual report you shall get annual horoscope with month wise predictions.
Donation: Rs 550 INR ( or $10 USD)