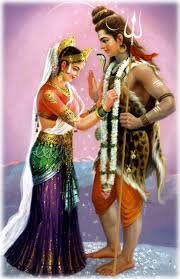 Maha Shivaratri (Night of Shiva) is a Hindu festival, celebrated all over the country with great enthusiasm. Maha shivaratri in 2015 will be observed on Tuesday, February 17, 2015

The legend of marriage of Shiva and Shakti is one the most important legends related to the festival of Maha Shivaratri. According to legend of Shiva and Shakti, the day Lord Shiva got married to Parvati is celebrated as Shivaratri – the Night of Lord Shiva. It is said that on this night Parvati prayed fervently for the well-being of Lord Shiva. (Tuesday) Shivaratri is great festival of convergence of Shiva and Shakti. Chaturdashi Tithi during Krishna Paksha in month of Magha is known as Maha Shivaratri according to South Indian calendar. However according to North Indian calendar Masik Shivaratri in month of Phalguna is known as Maha Shivaratri. In both calendars it is naming convention of lunar month which differs. However both, North Indians and South Indians, celebrate Maha Shivaratri on same day. Shivaratri puja can be performed one time or four times during the night. The whole night duration can be divided into four to get four Prahar ( to perform Shiva Puja four times) We also list Nishita time when Lord Shiva appeared on the Earth in the form of Linga and the time window to break the fast on next day.Hindu fasts are strict and people pledge for self-determination and seek God blessing before starting them to finish them successfully.