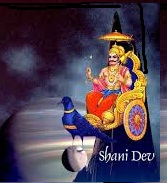 When Amavasya (New Moon day) falls on Saturday it is regarded as Shani Amavasya. Shani Amavasya is considered to be an auspicious (lucky or blessed) day for Hindu devotees, especially to perform ‘shradh’ or ‘trapan’ to dead ancestors. As mentioned in Holy Scriptures, worshipping or praying lord Shani during Shani Amavasya you can certainly be free from any kind of fear or phobia in life.On this day, Hindu believers and devotees worship Shani Dev for bringing fortune and prosperity.During this day, people visit temples or shrine places of Lord Shani and offer Him mustard oil, flowers, blessed food and flowers. It is strongly believed that by doing this way, you can easily please Shani Dev and get his immense grace or blessings, your troubles get disappear, you can become free from evils, and you feel enormous peace and happiness by grace of this deity.
Amavasya Tithi during holy month Sawan or Sharvana is observed as Hariyali Amavasya and considered highly auspicious. This year, Hariyali Amavasya is on Saturday,26th July 2014. On Hariyali Amavasya day, devotees gather in large numbers and perform mass puja of lord Shiva. Hariyali Amavasya marks the beginning of monsoon and the greenery.This day is celebrated as a fair day in Udaipur near Saheliyon ki Bari. Various temples in North India, especially in Mathura and Vrindavan, organize special Darshan on Hariyali Amavasya day. Thousands of Krishna devotees throng Dwarkadhish temple in Mathura and Banke Bhihari temple in Vrindavan to sight special Darshan of Lord Krishna.
People who have effect of Sade Sati Sani or Adhaiya Shani (influencing period of planet Saturn), or Shani dosh are strongly suggested to worship lord Shani with full of devotion and complete methods, it will reduce bad influence or evil results of planetary periods of Saturn from their lives.People with zodiac signs Capricorn and Aquarius (Makar and Kumbh Rashi) must worship to lord Shani, especially during this Shani Amavasya to get his mammoth blessings, as Shani grah is ruler planet of these two zodiac signs. Many devotes also perform Abhishek.Lord Shani represents Planet Saturn, which is sterile, slow, cold, binding, unchanging, dry, protective, rigid, timid, and a mysterious planet. This planet is very powerful being both malefic and benefic.If the effects of Saturn on a being are negative then those would be extremely negative and that person has to suffer a lot. Therefore, it is highly recommended to worship on the day of Shani Amavasya.
All Amavasya days are appropriate to perform Shraddha rituals to appease ancestors.Amavasya day is also appropriate day to perform Kalasarpa Dosha puja. Reciting Shani Stotra written by Maharaja Dashrath and donating Saturn related articles like black sesame, iron, blanket, black channa, blue flowers, etc is considered to give fruitful results. HARIYALI AMAVASYA gives relief from the negative effects of shani sadesati and dhaiyya.It is considered to be an important day as one can get relief from all the sufferings and obstacles of his life by worshipping Lord Shiva and Lord Krishana to pleasing the Lord Shani.