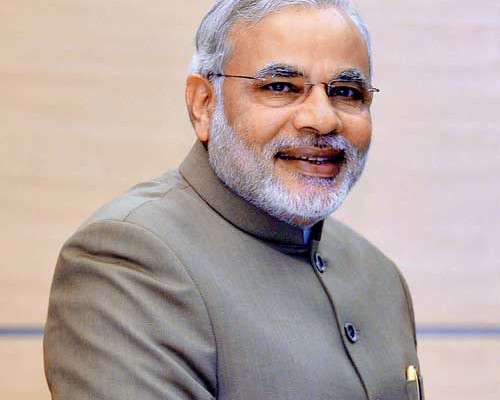 The Lok Sabha elections will begin on April 7 and the counting will be on 16 May. Lots of Bhrigu Mantra followers asked us, why you are silent at Lok Sabha Election. Whole India is impatiently waiting for the outcome of the soon to be held polls, which is going to decide the new Indian government. Elections are just around the corner and every day we see news channels and social media favoring one party or another. All parties obviously want their popular leader to lead the nation. Also in astrological circles, upcoming elections are a topic of debate. With the Lok Sabha 2014 elections around the corner, all the political parties in India are feverishly promoting their cause, making promises and innovative campaigns are being launched daily to lure the public. Apart from the major political parties, that is, Congress and BJP, there are other regional parties too, which are gaining momentum in this highly talked about election.
The result of the general assembly elections will be decided based on the party that wins the majority with 272 seats out of 543 constituencies. Chances of a hung parliament are high.
Can Narendra Modi take on the big and established party like Congress and not to underestimate the third front?
Who would be the next Prime Minister of India?
Is it going to be Narendra Modi or Rahul Gandhi?
Will Narendra Modi have a successful national level political career?
Let us try to decode these from Narendra Modi’s horoscope.

Astrological study of Narendra Modi’s Horoscope :-
Based on the data available on the internet, Narendra Modi’s horoscope was prepared as follows:
Narendra Damodardas Modi was born on 17 September 1950 at Vadnagar, Gujrat in India. Narendra Modi is the prime ministerial candidate of the BJP for the 2014 Indian general elections. One of the most prominent leaders of the BJP, Modi devoted his life to politics, and is currently serving his fourth consecutive term as the Chief Minister of Gujarat.
Astrology readings of Narendra Modi’s horoscope clearly depict the resemblance of his life with the planetary placement in his birth chart.born in a middle class family, Narendra Modi was very much inclined towards social service and raising voice against injustice. Mars the lord of zodiac sign – Scorpio. Scropio is a fixed sign and with Moon and Mars present in it, gives it qualities like stability, memory and ability to fight back or criticize someone sharply. This contributes to Narendra Modi’s qualities of being energetic, direct and hard hitting in his speech as well as aggressive. His appearances in public have demonstrated how well prepared he always is. He speaks his mind and is highly critical of every single aspect that does not go in accordance with his line of thought.
The strong influence of Jupiter, weakness of Saturn and Mercury due to combustion and operation of Saturn Mahadasa at the time of birth resulted into birth in middle class family. And, Narendra Modi had to struggle a lot in his life. In fact, he seldom remains away from being opposed; and every time Narendra Modi succeeded in overcoming the challenges. For success in politics, the strength of third and sixth houses are very prominent. In politics, one has to get over his opponent to prove his point which results in victory. In Narendra Modi’s Horoscope, the third and sixth lord Jupiter is favorably placed in fifth house.Yogakaraka Saturn and Venus both are casting their auspicious aspect over Jupiter; making Jupiter extremely strong. The sixth house is occupied by Rahu, which is also a very favorable disposition of Rahu for victory over enemies; and Mercury and Sun are having their aspect over sixth house. Therefore, it is the strength of third and sixth houses along with Jupiter which made it possible for Narendra Modi to achieve uninterrupted victories in his political career. Modi has the lord of 2nd (speech and voice) house is occupied by Mars and debilitated Moon. The signification for Second and Seventh houses Mars is placed in its own zodiac sign Scorpio and tenth lord Moon joins there in its debilitation sign. One cannot win Narendra Modi by force or argument or by opposing him till he continues to follow the traits of Jupiter. He speaks very carefully yet dominantly, he is a strong believer in cultural ethics. Saturn, rules over fourth and fifth houses of Narendra Modi Horoscope; and both houses are related with mother, domestic life and child; and Narendra Modi remained unattached and/or deprived of these aspects of Human life.

As Chief Minister of Gujarat:–
Present Chief Minister of Gujraj, India- Narendra Modi is the longest serving Chief Minister that state of Gujrat ever had in history. Narendra Modi became Chief Minister of Gujrat on 7 October 2001 and was elected for third time in continuation on 23 December 2007. Narendra Modi is an active politician and member of Rashtriya Swayamsevak Sangh (RSS).
It was during Venus/Saturn/Rahu (Mahadasa of Venus, Antardasa of Saturn and Pratyantar dasa of Rahu) when Narendra Modi was made Chief Minister of Gujrat. And, as it had to be – it was a very challenging task for Narendra Modi. The economy of Gujarat was reeling under the adverse effects of several natural calamities, including a massive earthquake in January 2001. And, the strong Jupiter in Narendra Modi’s horoscope helped him significantly and he decided to take the bull by its horns. A closer analysis of his life will reveal that he is a disciplinarian and has worked methodically his way up the political ladder. He does not give up and knows the value of hard work. It is often said that Modi can find opportunity even in case of adversary and it`s the truth. The rise of the longest serving Chief Minister of Gujarat, from selling tea at the railway station to the aspirant of 7, Race course road is an interesting journey that`s sure to inspire many to think big. In spite of multiple controversies over various issues, he has succeeded to charm the masses with his charismatic personality and win popular support for his party. Fighting against all odds, his traits of practical and logical approach help him realize his ambitions. His visionary goals changed the face of the semi-arid region of Gujarat and these days, the state is well known for being one of the most well developed Indian states. Narendra Modi is credited for the growth of Gujarat and rightly so. There are no two opinions about the fact that Narendra Modi, the current Chief Minister of Gujarat has taken the Center stage and has taken the Indian politics by storm. His party BJP is elated and has suddenly found a new hope. The party members are feeling empowered after announcement of Modi as the Prime Ministerial candidate. Going by the way the electronic media is reporting the current political affairs and is covering the pre-election rallies; Modi is a direct and a serious threat to Congress Party and its Prime Ministerial candidate (whosoever it’s going to be).
Narendra Modi’s horoscope is one planet phenomenon i.e. Jupiter; and more opposition and rivalry will make it stronger. On the contrary, Narendra Modi may be facing strong challenges, security threats and instability in his political career during Moon Mahadasa starting from August 2012. And, I would like to reiterate that Narendra Modi should be very careful and cautious during Moon Mahadasa for overall aspects of his life. The Mahadasa Lord Moon is under Maraka influence of strong Mars; and may not be able to deal independently during Rahu antardasa. Therefore, the chances of Narendra Modi becoming Prime Minister of India are almost NIL.
The presence of favorable yogas (combinations) in his horoscope such as Gaj Kesari, Budha Aditya Yog, Raja Yogas and Dhan Yogas will bless him with intelligence, success, fame, power and position.
This combination is not so common. “Such a person is said to bold and courageous, full of strength and vigor, and eager to pursue adventurous activities where from name and fame is gained. The person is, of royal bearing and ever intent on combat, the commander of an army and annihilator of opponents. The person has great capacity for discrimination and is devoted to elders, preceptors.”
Conclusion: His down to earth nature and typical conservative thinking made him the face of BJP and the NAMO effect has taken India by storm. However, overcoming all the odds, a successful political regime and great leadership are highly indicated for him. Narendra Modi has very high probability of becoming the next Prime Minister of India but he will have to face hurdles beyond his imagination as the planets are signifying evil houses. You need to Wait and watch out for in the 2014 Lok Sabha Elections:
Let’s see where the wind belows…